Last week my children and I were in a little fender bender. We were traveling on the interstate and switching highways during rush hour. While we were stopped on the exit ramp, a lady rear-ended us.

So, after almost two hours, we were finally on our way to our chosen location.

But guess what? We weren’t fine. That little annoying back ache I told the EMTs about started to be a much bigger pain. The pain slowly crept down my back, into my bottom, and shot down my leg. So, I went to the hospital.

I was officially diagnosed with a sprained shoulder and back pain due to an irritated sciatic nerve.

It still all seemed annoying. It was just a little fender bender!!! How can it cause such a big impact? 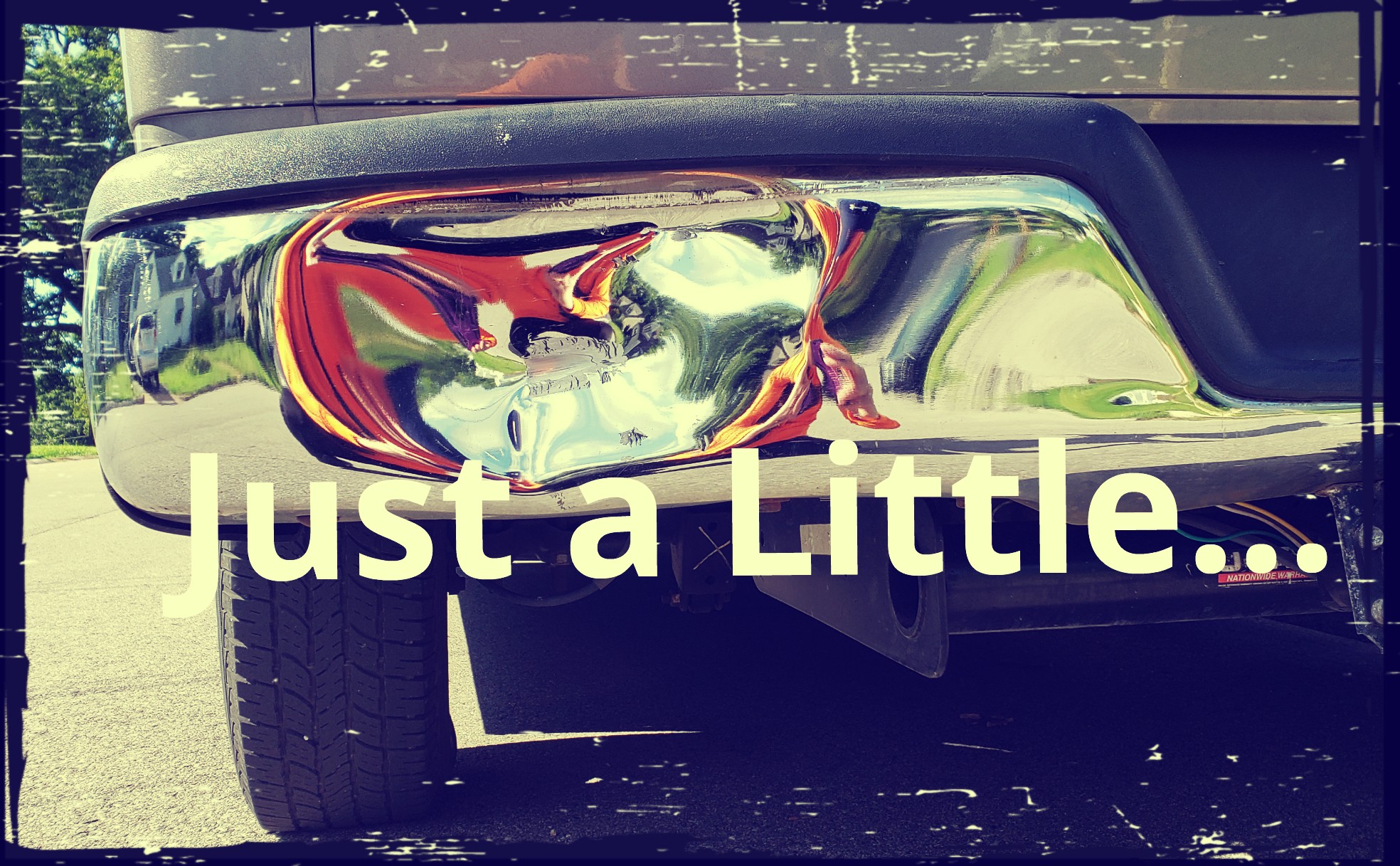 That’s all it takes.

Let me just vent this one frustration.

Next thing I know I am swirling in a tornado looking for more juicy details to justify my stance.

I am not acting the way a Christian should act. I am misrepresenting that person. I am causing others to think poorly of that person- why? Because I let my emotions control me and gave into that sin God has been convicting me of.

But it was just a little.

And I was right…

Well, at least I thought I was right…

Now, I’m not so sure… But everyone else thinks I am right, so I dig my heels in.

I backslide just a little.

But just a little is enough.

Now my peace is disrupted.

Now my personal time with God is a checklist.

Now I am living for myself.

It was just a little gossip, God. Why does it have to have such an impact?

Because when I give into the temptation to gossip, I have put other people’s opinions above God’s. I have started looking for satisfaction from other’s opinions and misfortune, while looking to others who have negative opinions. I have lost sight of God, because I have put too much focus on others.

When I was under the strong conviction to stop gossiping and to only talk positively of others, I realized just how hard that was. But I also realized this desire to gossip came from an unhealthy value of other people’s opinions. I wanted them to like me. I wanted them to care about what I said. So, what if I said she looks like she’s trying too hard to dress nice. It’s the truth. But whose truth is it? My truth or God’s truth?

Ladies let me tell you, we all want to be accepted. We all want to be loved. But when we are looking to others to accept us and love us, we fall victim to the trap of sin. We allow ourselves to think and act negatively. So, instead of tearing someone down to feel good, try building her up so you can both feel good.

Gossip is a much bigger deal than our culture wants us to believe. It’s everywhere!!! I mean just checking out at the store you see magazines filled with gossip. Watching television, you rarely see people talking well of another person unless it makes them look good. Kid shows are teaching young girls its ok to be frenemies. (A person you call your friend but really dislike.)

We have to shine a light into this darkness! We cannot allow our daughters to think its ok to be frenemies with anyone. We are called to love others above ourselves. When we give into the temptation to sin, we are loving ourselves about all. We must show others the love of Christ, and that starts with our hearts.

Create in me a clean heart O’ Lord. We have to train ourselves to think positively. To think the way God calls us to live. Only then can our action be true and sincere. It must be an overflow from our hearts.

It’s not an option. We must teach our children to live the way God calls us to live. And we must teach them by modeling proper behavior. We are called to live counter-culturally.

Our culture doesn’t care about your well-being. Everyone who lives in the world cares about themselves. Which is why the world drives you to be selfish. It temps you to fall back into that trap of sin.

Even if it’s just a little bit.

God’s not trying to be a “mean dad” by withholding something from you. He’s trying to free you from the weight of that sin. Only then can you draw closer to Him and continue to be transformed into the image of Christ.

“Get rid of all bitterness, rage, anger, harsh words, and slander, as well as all types of evil behavior.”

Thank you for subscribing.

we respect your privacy and take protecting it seriously